Sometimes I don’t even know what the fuck I’m feeling or why the hell I’m even feeling it.

Like, really mom? You couldn’t have passed on other genetic gifts besides mental illness?

My highs are really really high and my lows are super, super low. Right now is a low, low, low. (Not like T-Pain and Flo Rida’s Apple Bottom Jeans, low)

It makes sense though- I’ve been going through one of the many liminal times of my life. In the middle of the journey, on my way out of what was into what will be. Like a snake shedding its old itchy skin, or a baby being squeezed by the muscles of its mothers sacred birth canal; I’m in the painful passage of going through hard times to get where life says I need to be.

Good things that have happened this year that I won’t forget:

Things aren’t as bad as they seem, yet my broken, chemically imbalanced brain can’t see it that way.

I forget things aren’t supposed to come easy. Isn’t the point of life to learn from the bad?

If things were just as simple as I wanted them to be I probably be miserable, more miserable than I already feel that is. But, I digress.

Social media has not helped with this. FOMO is a real thing and it’s a bitch. It’s my biggest stressor in life..

Watching YouTube vlogs of moms who make it seem so easy. Scrolling endlessly through mind-numbing TikTok. Seeing my high school classmates still in contact via Facebook, going on trips, feeling alive not just alone, but with each other.

I feel so alone sometimes.

The waves in my life, my mental health, are coming in hot. I have one good day, then a bunch of bad days, then a good day, and more bad days.

Can you picture a wave? There’s a low point, a climb, then the peak, the highest point in a waves journey. Then in reverse, the decline, then its lowest point, and so on.

I don’t mean to complain here, that’s not why I’m writing this. IDK why I’m even riding this I guess.

We go up to go down. We live to die. We love even though it isn’t promised forever.

And, that’s okay. I’m just grateful to even be able to feel these never ending cycles of life. 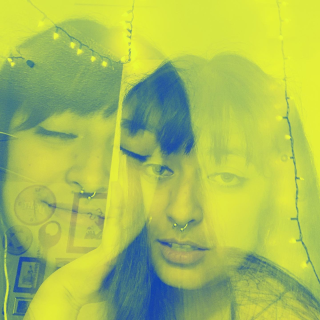 Cass aka divinecassai. ・human ・creative ・mama ・wife ・anything ・everything